Your request is being processed... Windy City Burlesque Fest: The Art Of Tease Returns To Its Chicago Roots 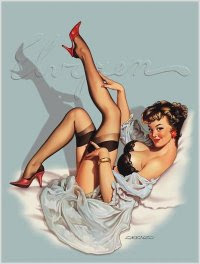 The Windy City Burlesque Fest blew into town this weekend with nine raucous stage shows that featured dozens of performers practicing the art of tease know as burlesque. Organizers of the three-day fest, Red Hot Annie, Dick Dijon, Jack Midnight and Paris Green, had a dual mission: to focus attention on the vibrant and diverse burlesque scene that has exploded across the country in the past few years and to remind the world that the roots of burlesque run very deep here in Chicago.

"We are honoring our heritage and tradition because American burlesque started here in Chicago," Jack Midnight, a.k.a. Mark Henderson, told HuffPost Chicago. Midnight acted as the wisecracking master of WCBF ceremonies. Midnight was referring to the 1893 Chicago World's Fair, when a dancer on the midway named Little Egypt titillated fair-goers with the "hootchie-kootchie" and became the talk of the town.

By the time Sally Rand performed her infamous "fan dance" at the Chicago World's Fair in 1934, burlesque was everywhere, commonly presented by troupes of performers that featured exotic dancers, as well as comedians and magicians.

Two of Chicago's best know burlesque troops, Vaudezilla and Belmont Burlesque, lent their best performers to the weekend's festival. Other dancers traveled from throughout the U.S., Canada and the UK to perform. Although much of the burlesque scene pays homage to the glamorous pin-up style of the genre's heyday, other sub-genres such as "neo-burlesque" have opened the door for reinvention.

"The stuff I do is dramatic and over-the-top, inspired by drag shows and other people who do not want to follow convention," Tann said. "I want to show that everybody is beautiful and that acceptance is the best part of burlesque."
Penny Starr, Jr., whose grandmother also danced in burlesque shows many years ago, is a Los Angeles-based TV costumer by day. She was drawn to the burlesque scene by its cultural history and its emphasis on female empowerment.
"I get to put together a lot of things I love, such as insane show-girl costuming, dance, humor and the total freedom to be creative," Starr said. "Audiences love burlesque because they are seeing something original and different and real. There is something for everyone."
Chicago's Red Hot Annie agreed.
"There are so many different styles of burlesque, people who are very retro, beautiful acts filled with feathers and rhinestones," Annie said. "But for me, burlesque is all about asking questions. I really like to make people laugh and I like to pick a situation that people wouldn't think of as traditionally sexy. I like to ask a question with each of my performances: 'Is this sexy?'"
For the growing number of burlesque fans who attend shows throughout the year, the answer is yes. 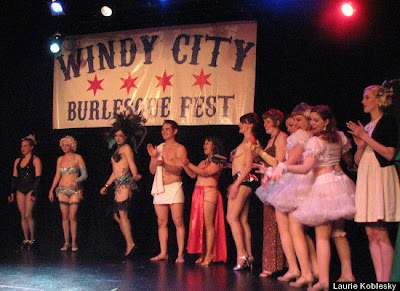 The cast of the Windy City Burlesque Fest gathers on stage. 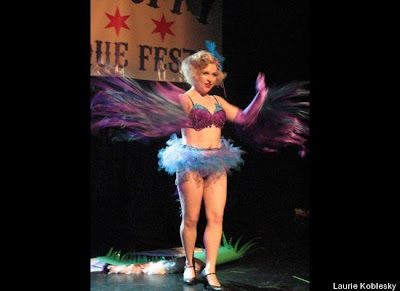 Madame Mae from Vancouver, BC. 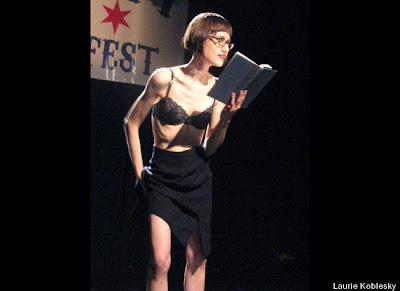 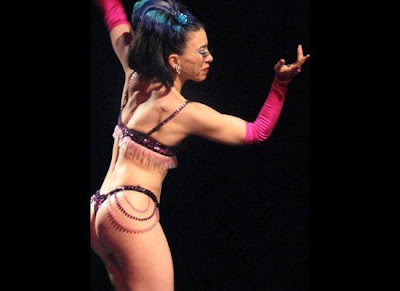 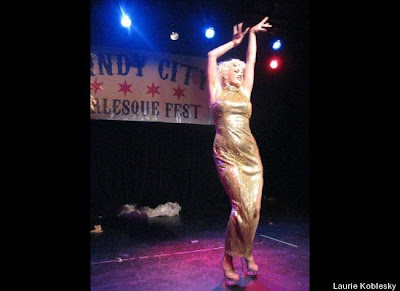 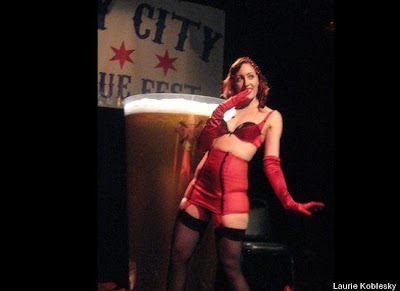 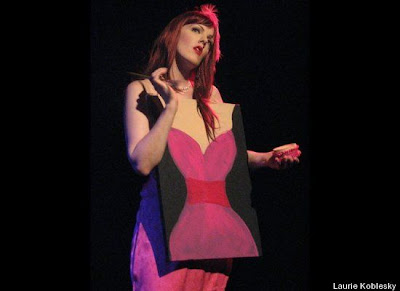 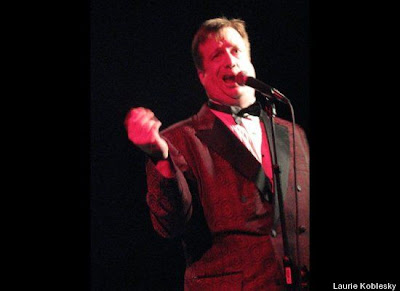