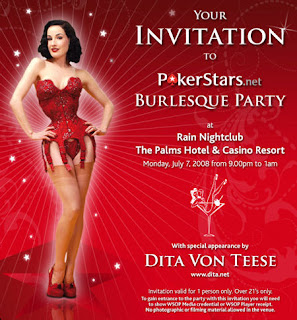 Steve's bachelor party was unlike any other I had ever been to. Steve's brother David, called me asking for help throwing the bachelor party. I would do anything for a buddy as good as Steve so, Iwent over to Dave's house for a meeting.

Dave was really organized. He had arranged, through a friend for us to have the party at the community theater. He had found a print of a turn of the century nude and had invitation cards made up at a print shop. Steve had requested there be no strippers at his bachelor party, so what Dave needed me to take care of the food.

I decided to keep the menu simple thick steaks, steak fries, corn on the cob and cole slaw. I needed to make enough food for 23 guys. I ordered cole slaw and steak fries from the deli and rented a huge grill for the steaks. I was sure to get unhusked corn so I could barbecue it on the grill.

An hour before the party I set up the grill in the the theater parking lot. I had asked Anthony to come early too so he could give me a hand. David showed up a half hour later with the drinks. He only brought only 12 cases of Corona beer and Sebastiani wine and 3 bottles of rum since we were going bar hopping later. He also brought 4 jugs of punch and orange juice for the rum and four bags of ice.

I started taking I started taking orders for steaks when the rest of the guests arrived. I was really busy for the next hour, but the boys kept bringing me cold Corona beers, so I didn't feel left out much. Anything I missed, they got on Fuji film.

After everyone had eaten, I went inside to see how the party was shaping up. Dave came out on stage and announced the show was about to start. He gave a humorous speech about his brother. I don't remember much, except him joking about his brother's request for no strippers. However, that didn't include belly dancers or burlesque artists. He gave a bow Then, the lights went down.

A real, belly dancer stood on the stage when the lights came back up. She put on an amazing show. It was as erotic as anything I had ever seen even, though she didn't take off any clothes. After she had danced one song several other belly dancers joined her. They each wore costumes of a different color. After they were finished, all the guys clapped and whistled. The
burlesque artist did take off some clothes during her dance routine, but she also sang a couple of sultry songs. She was way classier than a stripper. I didn't hear Steve complaining.

After the performance the bus Dave had chartered took us bar hopping. He had called several bars ahead of time to make sure they could handle us. On the way to the first bar I asked David where he had found the dancers and he said they both advertised on the Internet.

The last bar closed at 1:30 so everyone piled back on the bus and took everyone back to the theater. Everyone hung around until 3:00 A.M. when Dave had arranged for their wives and girlfriends to pick them up

Dave was still on his feet and Tony was sober enough to be worried about anyone getting hurt or breaking something in the theater. Dave and had to I carry a couple guest off the bus who had passed out into the theater. Aside from leaving a mess in the bathroom, the theater was in once piece. I took some photos of the unconcious guests so I could embarass them later.

When the girls showed up, we put the single guys into cabs. Julie took me home and I slept until noon. It was the best bachelor party I'd ever been to.
http://www.partypop.com/themes/BACH0003.html
Posted by Rosalina at 3:32 AM