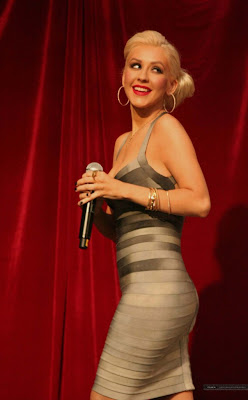 Christina Aguilera seems to have been laying low since her new album ‘Bionic‘ under-performed on the charts, but the diva was back out in full force over the weekend for a small industry party to promote her new flick ‘Burlesque‘, held at Summer of Sony, Cancun, Mexico.

The singer was accompanied by her co-stars Kristen Bell and Cam Giganet, and director Steve Antin. Unfortunately though, Cher was noticeably missing in action.

‘Burlesque‘ doesn’t open until late November, but the movie and it’s accompanying soundtrack could be the thing that salvages the ‘Bionic’ era for Christina. However, if the movie bombs — which it very well could if the media witch hunt against Christina hasn’t died down in the next few months — then Aggie will be you-know-what creek without a paddle.

‘Burlesque‘ is going to be a very pivotal moment in the 10 plus year career of Christina Aguilera. 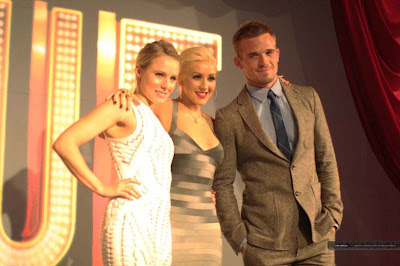 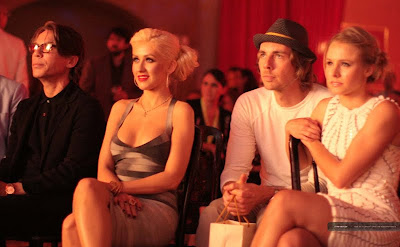 http://www.theprophetblog.net/snapped-christina-aguilera-attends-burlesque-party-in-mexico
Posted by Rosalina at 6:17 AM